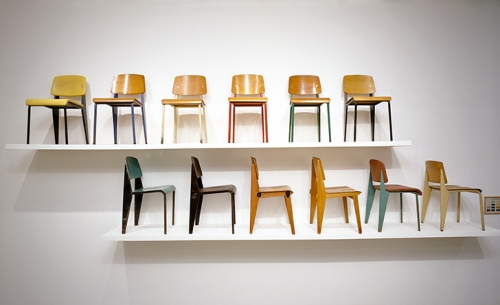 Jean Prouvé (1901-1984) ranks amongst the most innovative engineers and designers of the 20th century. He began his career as a metal craftsman in Paris, and opened his own smithy in Nancy in 1923 where he produced his first furniture made of thin sheets of folded steel. In the early 1930s, he created what are considered his most famous pieces: the standard chair which led to huge furniture commissions from hospitals, schools and other institutions. The Second World War would change Prouvé's furniture, most obviously in the materials he used. With metal scarce, he turned to wood and later, aluminum. His work is renowned for its marriage of form and functionality, craftsmanship and industrial materials.